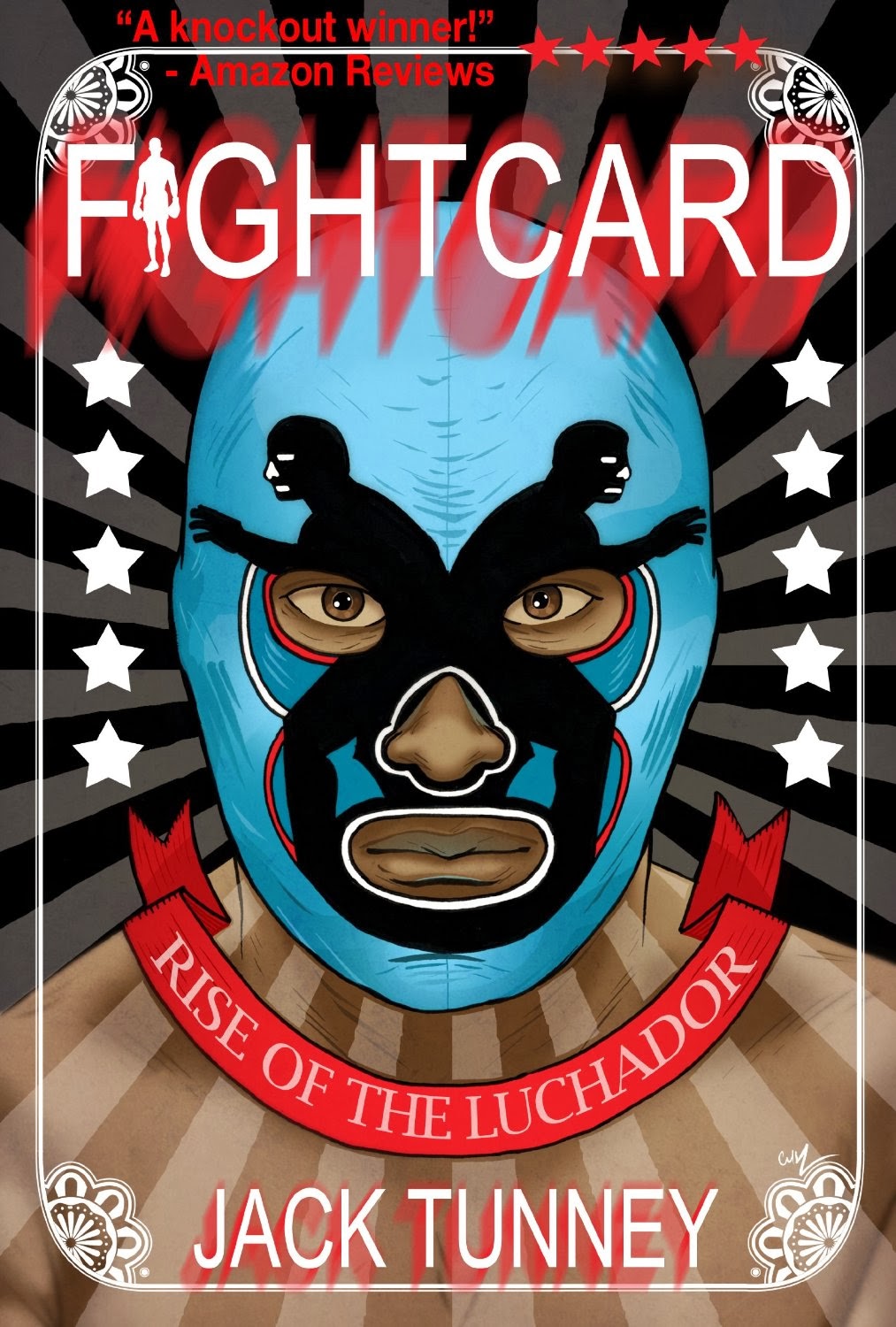 The popular FIGHT CARD series keeps expanding and gaining acclaim and is well worth time and attention from anyone seeking a jolt of excitement and hard-hitting action in their reading diet.
Here's the latest update from one of Fight Card's founders and tireless promoter, Paul Bishop:


Our latest Fight Card novel, RISE OF THE LUCHADOR, with Jadon Ridler writing as Jack Tunney, has just gone live with a brilliant painted cover by Carl Yonder.
Like last month’s FIST OF AFRICA, RISE OF THE LUCHADOR takes Fight Cards readers into a new and different culture.  This time it’s the world of the luchadors – Mexican masked wrestlers. These individuals who put on the mask of the luchador have become cult heroes in Mexico and continue to inspire fans today.  RISE OF THE LUCHADOR eloquently captures the mystique of these masked heroes and provides an electrifying look at the world of Lucha Libre.
FIGHT CARD: RISE OF THE LUCHADOR
San Diego 2014 … Carlos may be the deadliest vale tudo street fighter in Brazil, but he’s no match for the drug lord on his tail. Haunted by the death of his best friend and on the run from a Mexican hit squad, Carlos is forced into hiding with a traveling carnival crawling its way from San Diego to LA.  Within this world of freaks and con-men, Carlos has no choice but to become the one thing he hates – a masked luchador wrestler.
However, once he has donned the mask, Carlos finds there is much more to being a luchador than fake wrestling moves and cheesy showmanship. There is a mystique and a responsibility carried by those who become true luchadors.  But will being a fake hero, no matter how inspired or mystical, save him from the drug lord’s henchmen…Can it erase his tortured past…Or will he be forced to once again become the killing machine he has always been?
Rise of the Luchador is the next installment of the acclaimed Fight Card Series.
Amazon Link:  http://tinyurl.com/n6tn5zk