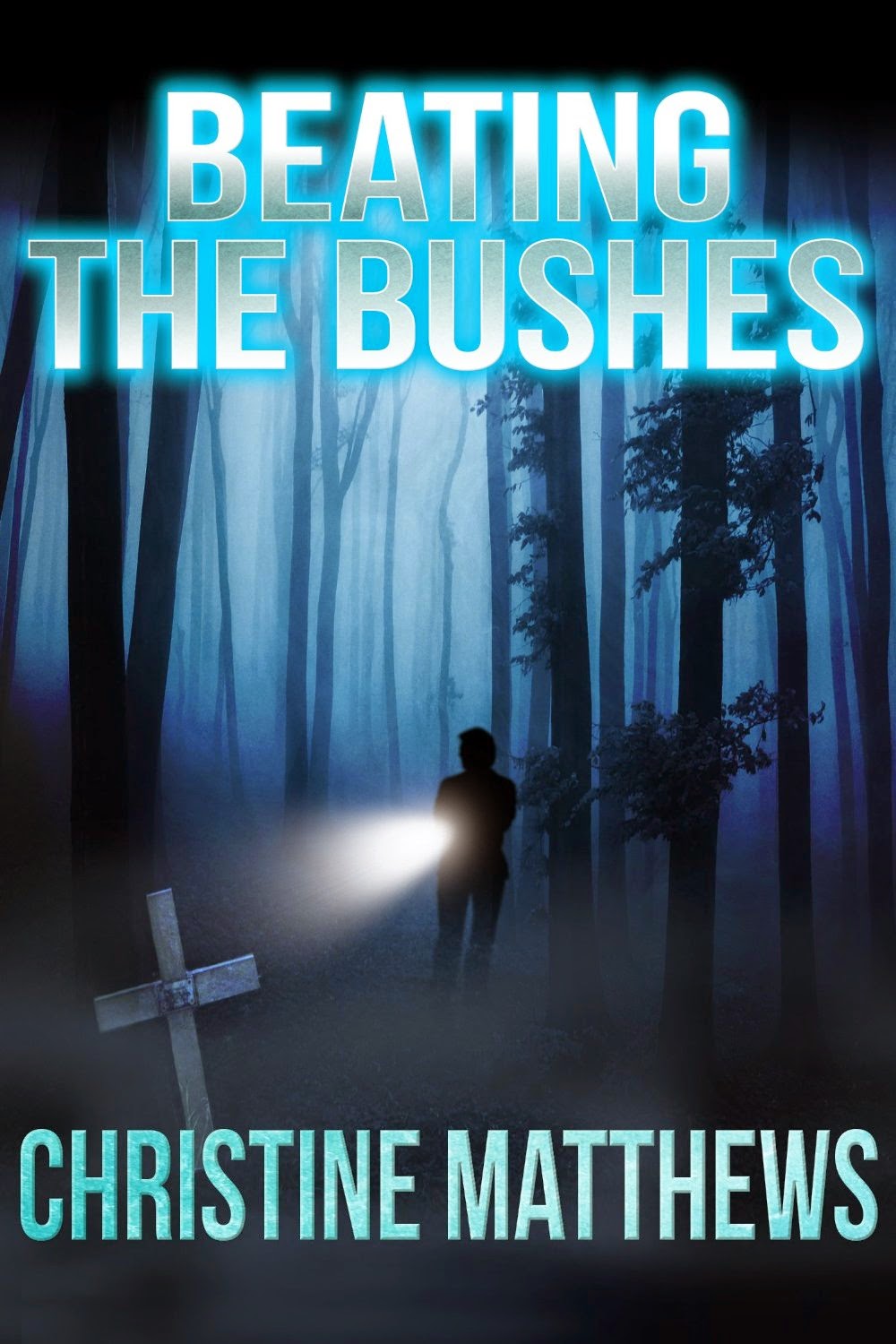 (WD here: I read this very powerful suspense thriller in virtually two sittings and was captivated every step of the way. The multiple-POV writing style is done about as effectively as I've seen. You can read my 5-star review on Amazon. I give this a big recommendation.)
Posted by wayne d. dundee at 6:21 AM No comments:

Today, on Julia Robb's website/blog, she is featuring an interview with yours truly. You may find it of interest.

Julia is a fine writer and Western historian whose work is well worth checking out as well, as are the many other interesting features on her site. Even if you think you've heard all the bloviating you can stand from me, do yourself a favor and have a look at the rest of the site and be sure to follow the links to Julia's own books.

Speaking of links, you can access the site here:

http://juliarobb.com/category/blog/
Posted by wayne d. dundee at 8:11 AM No comments: 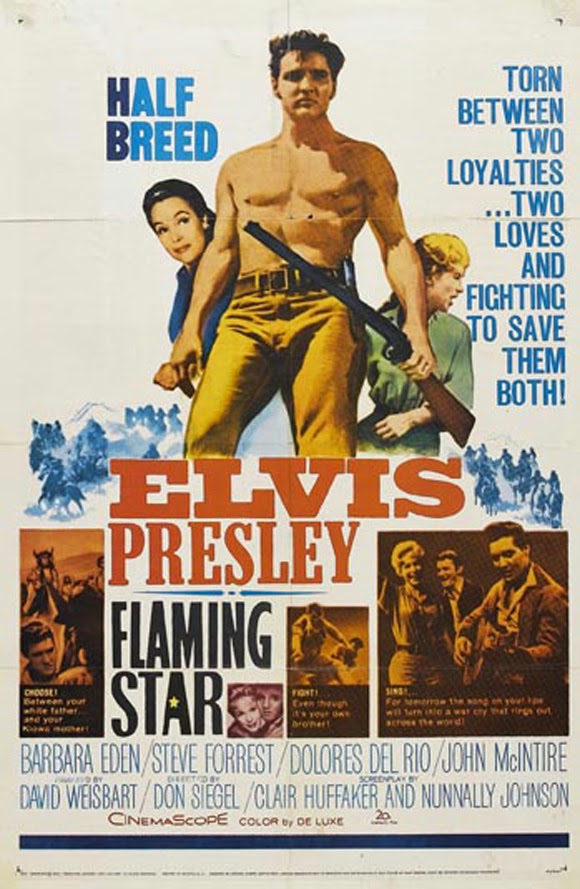 For Elvis fans and Western movie enthusiasts alike, this is actually a fairly significant film. It was Presley's sixth starring role and the second one (following G.I. BLUES) after he'd completed his much-ballyhooed hitch in the army.
While BLUES was a huge box office hit, FLAMING STAR did okay but not nearly as well. His next film, WILD IN THE COUNTRY, also was something of a box office disappointment. With the exception of G.I. BLUES, all of Presley's films up through WILD contained some serious elements and showed promise for his potential to be quite a good actor. Nevertheless, his mentor and manager Col. Tom Parker saw the lesser box office clout of WILD and FLAMING STAR (which featured only two song performances with one of them only done over the opening credits) as signs that what Elvis's audiences really wanted was to see him sing and dance and flirt with pretty girls and to hell with anything too somber or requiring the development of his acting chops. Hence, the following string of lightweight musical fluff (with a couple arguable exceptions) that most folks today tend to identify Elvis with today, as far as his film work.
And that's a damn shame.
There's no better example than his work in FLAMING STAR to show what a strong presence he was on the screen --- and how much stronger he could have gotten, if given the chance. 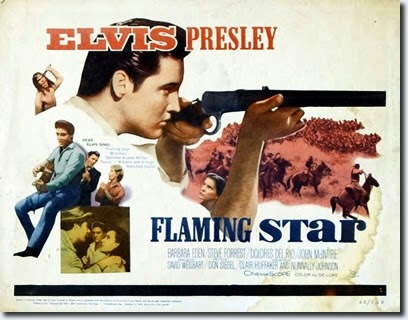 As half-breed Pacer Burton, Presley is dark and lithe and increasingly dangerous as the events of racial intolerance between Whites and Indians unfold and escalate in this action/drams Western. Elvis is supported on all fronts by veterans --- from director Don Siegel (this was prior to the renown he would gain in later years after teaming with Clint Eastwood in the Dirty Harry films and others, but he was a well-established craftsman at this point all the same); to writers Nunally Johnson and Clair Huffaker (on whose novel the screenplay was based); to co-stars such as Steve Forest and Barbara Eden --- and he holds his own and then some. Silent film goddess Dolores del Rio plays Pacer's Kiowa mother, veteran character actor John McIntire his father. They turn in the film's two finest performances --- del Rio in a noble, understated way; McIntire in a wide-ranging arc from tough gruffness to grim, deep sorrow. But next in line, acting-wise, and not by very much, is Elvis himself … considerably ahead of rather wooden turns by Forrest and Eden.
My biggest quibble is with the whole "flaming star of death" thing that serves as the title tie-in and allegedly is some sort of premonition that Indians sometimes envision when the time of their death is near. It seemed a little too hokey and out of sync with the straightforward grittiness that the rest of the film seemed to be striving for.
Otherwise, FLAMING STAR is tight, tough, and quite satisfying. It may not be THE SEARCHERS … but it's a hell of a lot closer to that, I assure you, than it is to TICKLE ME or any of those other musical throwaways Elvis got stuck doing later on.
Posted by wayne d. dundee at 4:37 PM 1 comment: