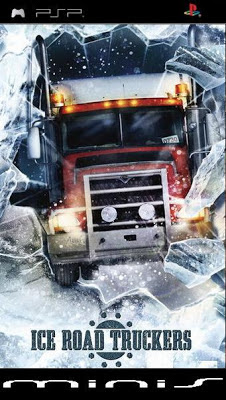 A big part of what gets me through Sundays during the NFL’s off-season is the Ice Road Truckers series that the History Channel runs on Sunday evenings.
I’m not exactly sure why, as I am not a big fan of “reality TV”, but from the second I inadvertently stumbled across this show in its first season I have been a huge fan.
For one thing, I had no idea that such a thing as “ice roads” and the various industries that function around (and because of) them ever existed; let alone the remote, isolated communities that absolutely are able to exist due to the services the provide. What a fascinating slice of still-existing frontiers and the rugged people who inhabit them is presented here!
Another thing I like is that the “stars” of the program are not a bunch of bizarre individuals reveling in their dysfunctionality. For the most part, they are simply working stiffs taking a shot — and willing to work hard at it — in order to make a big score for the betterment of their lives and their families.
To be sure, there are some colorful characters in the mix. Such as:
Hugh “the Polar Bear” Rowland  >  a literal bear of a man who is gruff, profane, but one hard-working, balls-to-the-wall sonofagun; he also has exhibited a sentimental side a time or two when he visited co-worker/friends Alex and Rick on occasions when they were hospitalized; and another time when Alex presented him with a special framed of Hugh’s father.
Alex Debagorski  >  also tall and imposing and as hard-working as Hugh, but gregarious (with a rumbling, hearty laugh), always willing to lend a hand to others, and very pious (he never curses and often says prayers aloud when facing challenging conditions).
Lisa Kelly  >  the show’s “eye candy” who just keeps getting sweeter and also more competent as she works genuinely hard to improve her independence and overall trucking skills.
Rick Yemm  >  the chain-smoking, chronic complainer of the bunch who leans toward Mohawk haircuts died different wild colors and seems to have a love-hate work relationship with Hugh.
(One of the funniest exchanges came at the start of last season when the truckers were gathering to start out on the haul road. Alex cracked to Hugh (who was partnered once again with Rick, having shown up with a bright blue mohawk): “Did you tell him yet that he’s really your son?”  To which Hugh dryly replied: “I tried to explain to him that I **bleeped** a parrot once when I was a teenager, but I don’t think he got the hint that he might be the result.”

Anyway, as recently as a few weeks ago I was under the impression they might not be airing Ice Road Truckers this year. The horror!
However, I now know there will be a new season and it starts on June 9.
If you’re not already an IRT fan, I suggest you give it a try. I think you’ll like it. 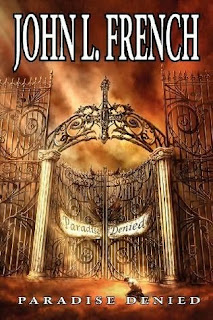 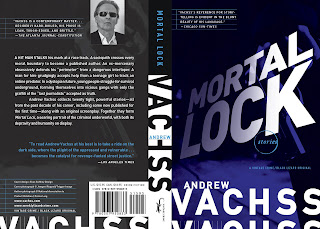 This collection of 20 short stories and one original screenplay proves two things:
One, nobody writes tight, tough, powerful crime fiction any better than Andrew Vachss; and Two, despite the core purpose of his writing having always been to serve as a vehicle for carrying the message and truths of his central life's works -- i.e. to protect our society's young and vulnerable by impacting laws and perceptions and shedding light on the predators who prey upon these victims, thereby perpetuating a cycle of violence by "creating our own monsters" -- Andrew's skill as a pure writer and stylist, always being honed and expanded and experimented with, has never been on better display.

For starters, the sheer range of stories, as far as the span of settings, plots, and characterizations that they incorporate, are imaginative and impressive. One story ("Postwar Boom") reaches into the noirish past; another ("Underground") looks ahead into a grim future. The distinctive voices incorporated into the individual narratives as well as the different characters are spot-on and indicative of a writer always reaching, always stretching, never settling for a "comfort zone".
True, a number of the stories have urban jungle backdrops that Vachss is probably most closely associated with. But others are dark slices of suburbia, science fiction/horror, mysticism, and betrayal and sacrifice found in remote villages far removed from any steel and concrete urban sprawl. Vachss's popular Cross character is featured in one of the stories, "Profile"; and the character Veil is teamed with Joe Lansdale's rowdy Texans, Hap and Leonard, in the raucously entertaining "Veil's Visit".
The final and lengthiest entry in the collection is the aforementioned original screenplay, "Underground". Following along may take some getting used to for those unaccustomed to reading a screenplay format, but getting into the flow is worth the effort. The tale is set in a futuristic subterranean world -- a dystopian world, if you will -- of violent gangs and strict boundaries. It sets a dark and gloomy outlook but, in the end, it ultimately teaches that even under the dimmest, grimmest conditions, love and hope can blossom.

If you've never read Vachss before, then this is a fine place to start -- a sampler to discover what can be found in the rest of his work. I'm betting that MORTAL LOCK will have you seeking out more.
For those already familiar with Andrew's work, well, this will serve as a reminder of why his byline keeps you coming back.