Available Now: TWILIGHT OF THE GUN 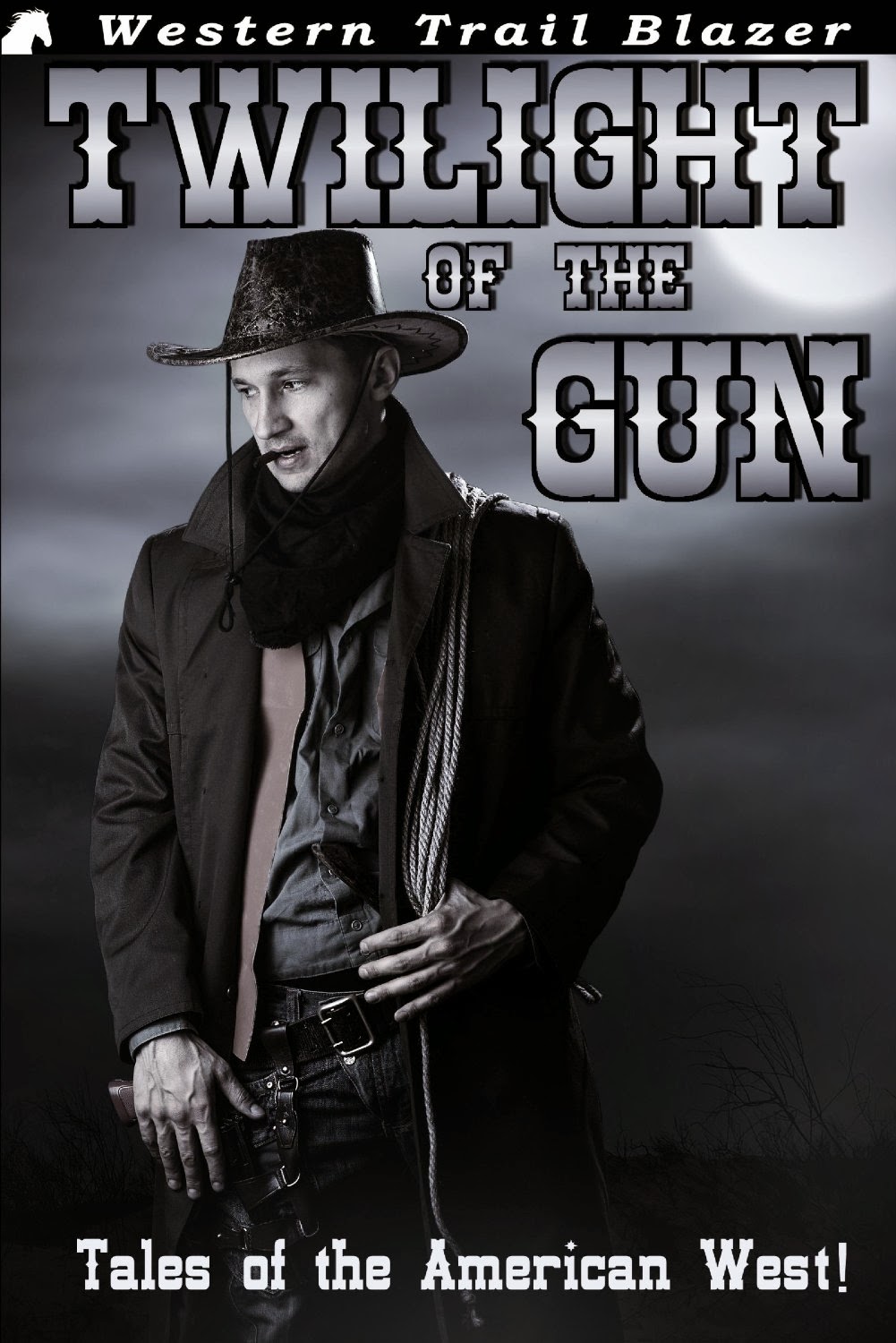 Western Trail Blazer, established by Rebecca J. Vickery, was dedicated to bringing readers high quality literature about the American West. Effective January 2014, ownership and operation of the imprint is now in the hands of Robin and Troy Smith; Troy’s work has been featured by WTB since its inception in 2010.
To commemorate this new phase in the publisher’s history we’ve decided to release this anthology, TWILIGHT OF THE GUN, which includes stories by many regular Western Trail Blazer authors. Some of them you may have heard of, others perhaps you have not—but if you like stories about the West, there is plenty here to enjoy. This volume includes Wayne Dundee’s “This Old Star,” winner of the Peacemaker Award, and two other stories that have been nominated for that prize (by Cheryl Pierson and Troy D. Smith.)
Give them all a look—and when (not if) you find a writer you like, look for their other releases from Western Trail Blazer and elsewhere.

Included in TWILIGHT OF THE GUN:
This Old Star by Wayne Dundee
Blackwell’s Run by Troy D. Smith
The Keepers of Camelot by Cheryl Pierson
A Fire in Brimstone by Tom Rizzo
Sharpshooter by Kit Prate
Trail’s End by Les Williams
The Downfall of Ross Dent by Lee Aaron Wilson
West of Dancing Rock by John D. Nesbitt
Morning Shadow by Frank Roderus
The Prodigal by Chuck Tyrell
Tucker’s Homecoming by Kevin Crisp
Angel and the Cowboy by Celia Yeary

Available in both print and Kindle formats at prices you can't afford to miss!
Posted by wayne d. dundee at 1:21 PM