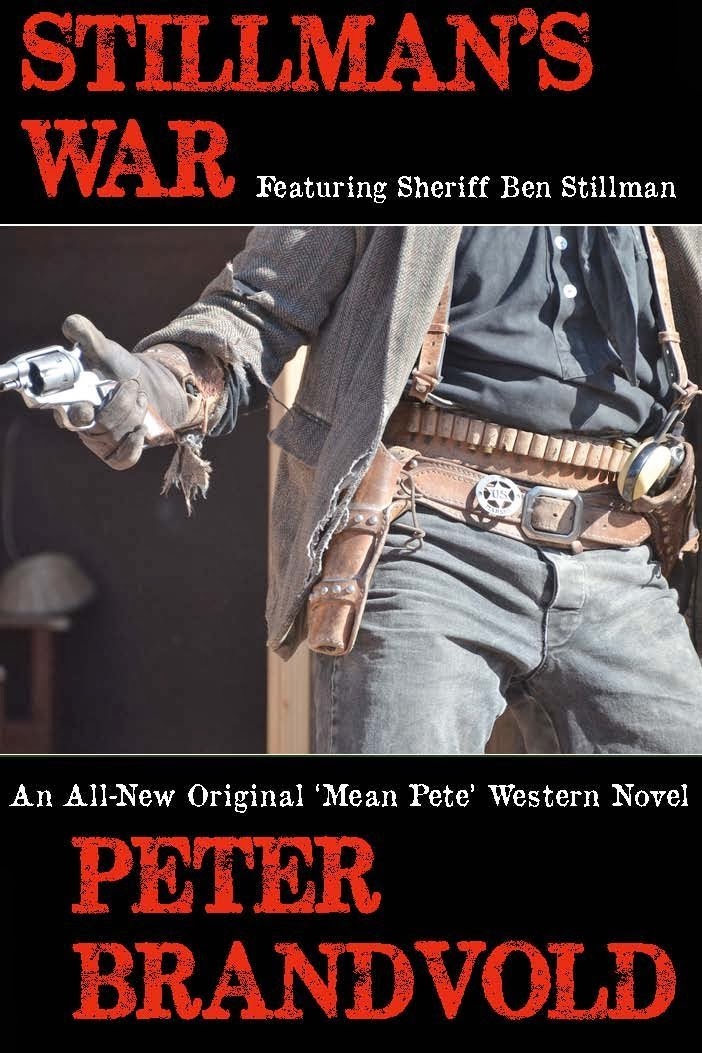 Saddling up once again with Sheriff Ben Stillman is like reuniting with an old friend after not seeing one another for a long spell. It's immediately comfortable and exhilarating and you quickly realize how much you've missed your pal.
That's how it was the minute I started reading STILLMAN'S WAR.
ONCE A MARSHAL was the first novel I read with the Brandvold byline attached to it and from there I always kept an eye peeled for more by that author, especially if it had "Once" included in the title (like the first several Stillmans did) because that meant it also would feature another appearance by Stillman.
From there, I quickly grew fond of Brandvold's writing, period, featuring other series characters like Lou Prophet, etc., as well as those who began appearing under Peter's pseudonyms such as Frank Leslie … The Brandvold writing style was always the real star, of course, but the Stillman character remained a particular favorite of mine because he was the gateway to all the rest.
And now he's back. Hard to believe it's been a decade since HELL ON WHEELS, but that's the case. The good news about the bad news, however, is that STILLMAN'S WAR is worth the wait.
Ben is still Ben --- loyal and protective of his friends, gentle and loving to his pregnant wife, yet tough as nails on the job and the last hombre you want to have on your trail if you pose a threat to him or, especially, anyone he cares about. The story is fast-paced and action-packed, told with all the grit and violence and attention to quirky detail that are trademarks of the Brandvold writing style. Underlying the surly confrontations and outbursts of gunfire, there are several motivational twists and surprising character entanglements that give this tale more depth than you often find in a Western actioner. The Hollister family at the core of most of the events that unfold --- from the embittered, drunken, half-senile patriarch, Watt; to his Bible-obsessed wife; to the rebellious daughter who feels so trapped and smothered that she revolts wildly; to eldest son Nash who is torn by his desire to please his father, his own wild streak, and his sense of wanting to do right; to the gentle youngest son who wants to see Nash's wife treated properly and longs to be the one to do it --- are at once sinister and dangerous and tragic. The body count by the conclusion is considerable, yet among the deserving villains there are also those who can only be tallied as unfortunate victims.
Brandvold is clearly as fond of Stillman and his world as his readers are. So let's not wait another decade to put ol' Ben back in action again, Mean Pete!
Strongly recommended.
Posted by wayne d. dundee at 11:10 AM