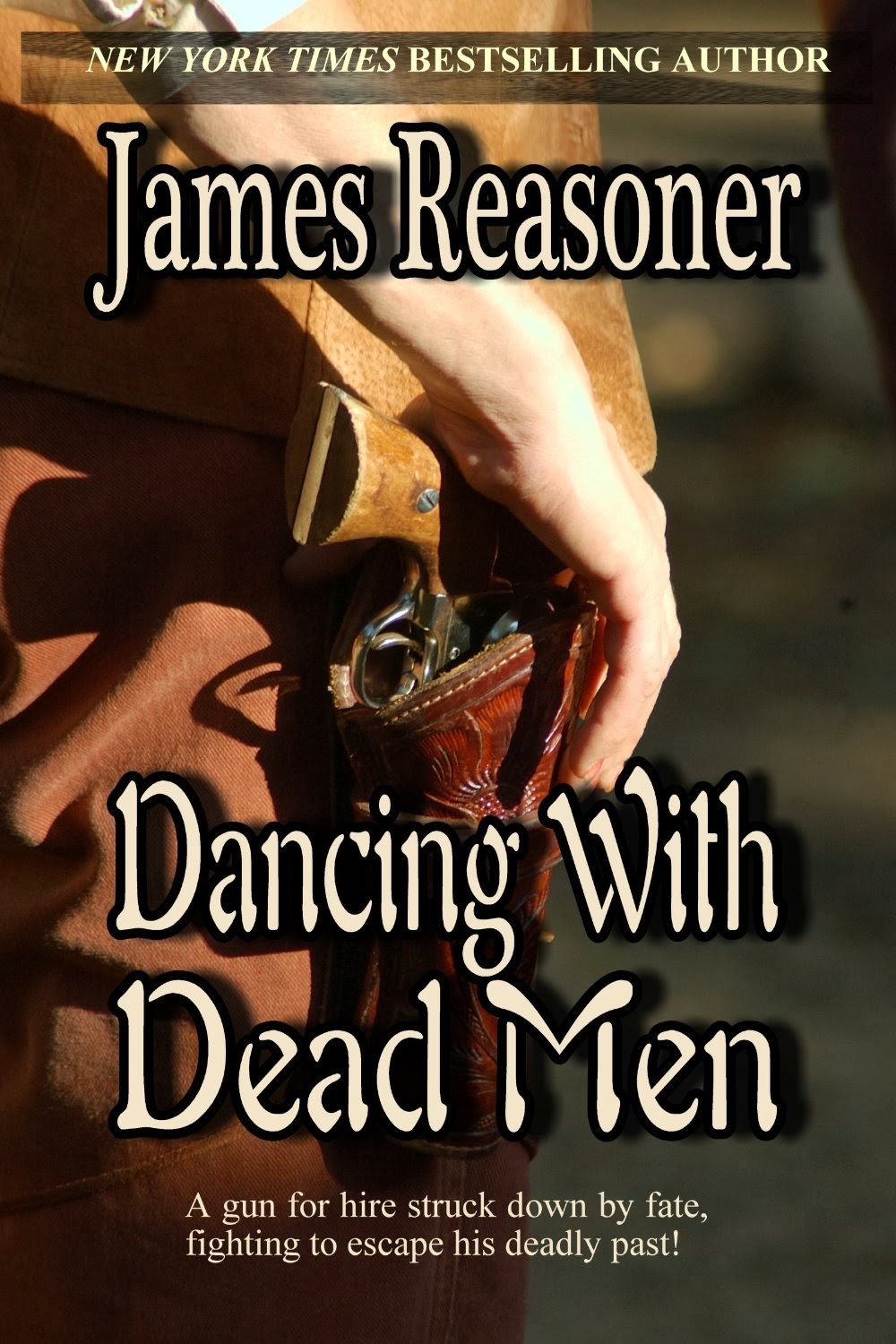 This is James Reasoner's 300th novel.
That, in and of itself, is impressive. Making it even more so is the consistent quality of his work --- up to and certainly including number 300.
Now I can't claim to have read all of James's books --- but I've sure read a heck of a lot of 'em over the years, and I've never once been disappointed.
DANCING WITH DEAD MEN is a good example why. Its clean, straightforward prose tells a traditional Western yarn with all the excitement and gunplay and colorful characters anyone could want, yet with psychological introspection, character depth, and plot elements that give it a distinction elevating it well above standard "shoot-'em-up" status.
The mental and physical transformations of protagonist Logan Handley from gunslinger to illness victim to reluctant hero is masterfully done. Other than that, I won't say a lot here about the storyline, as that is covered sufficiently in the book description and other reviews.
I bought this book immediately when it came out on Kindle last summer, but kept it on my TBR list until just the other day. I urge others not to make the same mistake --- if you don't have yet, grab it immediately; if you have it and have been saving it for dessert, like me, don't waste any more time! Treat yourself to one of the best Westerns you're likely to read in a long while.
Strongly recommended!
Posted by wayne d. dundee at 3:17 PM

James is a true Wordsmith.