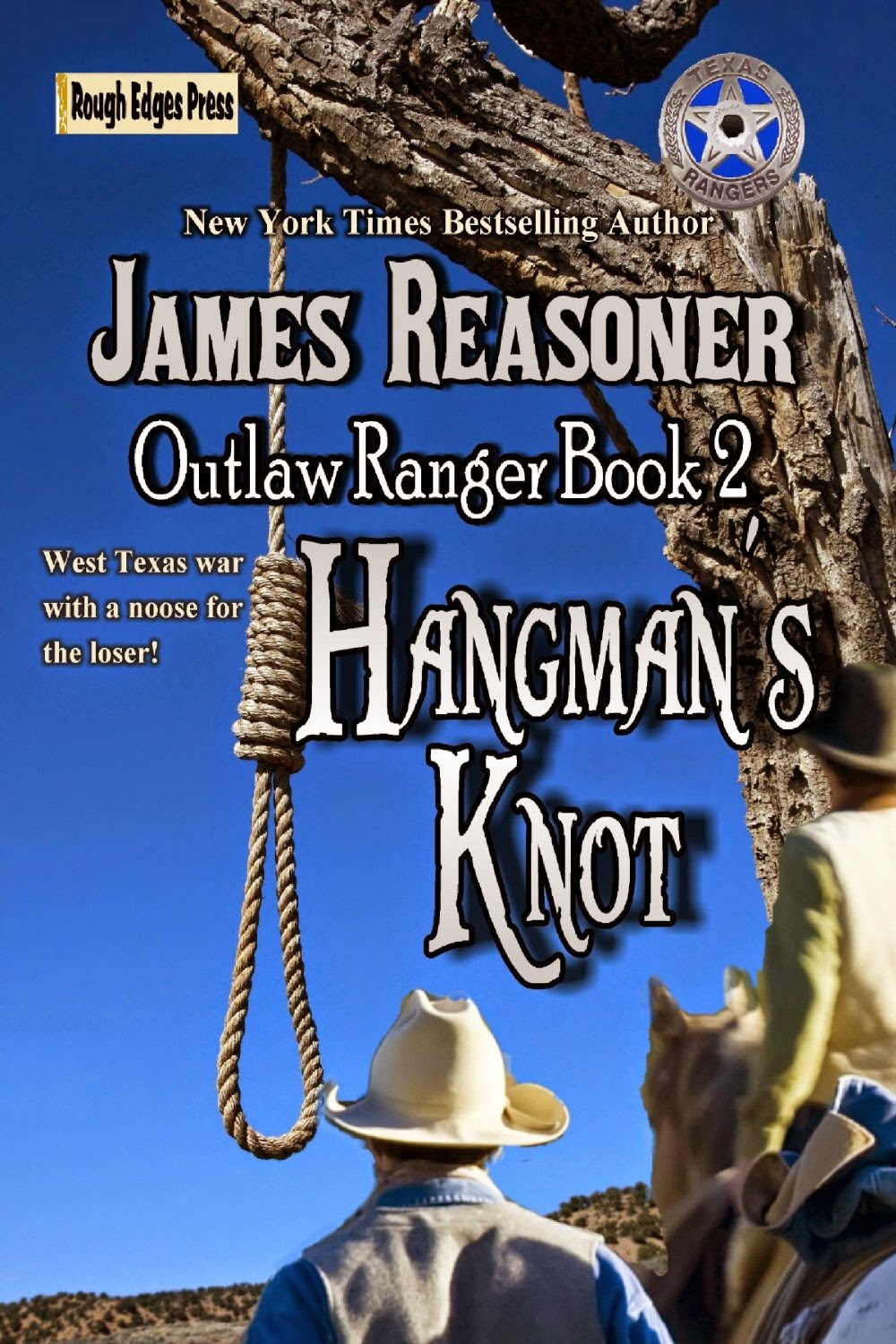 This second entry into James Reasoner's Outlaw Ranger series lives up to all the promise of its debut from back in September.
G.W. Braddock, the young man born to be a Texas Ranger yet discharged from the ranks of the elite organization through no fault of his own but rather due to short-sighted political cutbacks, is once again at the heart of the story. Determined to take down lawbreakers and seek justice the way a Ranger would do --- even if he has no legal authority to do so and thereby is operating outside the law himself --- Braddock inserts himself into the powderkeg situation getting ready to explode over the capture and pending trial of one Henry Pollard. There is little doubt Pollard is guilty of numerous crimes and overdue to swing on the end of a rope. But his latest escapade, leading a band of ruthless mercenaries on a vengeful attack that leaves a whole town nearly burnt to the ground and its streets strewn with innocent victims, is his worst atrocity yet.
While it seems certain that Pollard will be found guilty in a speedy trial and then hanged, a growing number of enraged citizens don't want to wait. Due to concerns that Pollard's brother, a wealthy and powerful rancher, might pull some shenanigan to spring his sibling (as he has done in the past), a mob of otherwise law-abiding men has formed with the goal of seeing the killer lynched and dead before that can happen.
Contemptible as Pollard is, Braddock knows he must stand with the local law (in the guise of still being a Ranger) to see to it the prisoner is kept alive long enough to go through the proper legal proceedings.  From this basic set-up, author Reasoner builds a story interwoven with action, twists, surprises, and a cast of memorable (rather unpleasantly memorable, in some cases) characters driven by motivations that are not always what they first seem.
The writing is assured and evocative, the pace is fast, and the reading experience is thoroughly enjoyable.
James Reasoner always delivers a top-notch yarn and HANGMAN'S KNOT is certainly no exception. And G.W. Braddock is the kind of strong, complex hero that readers will want to see more and more of.
Posted by wayne d. dundee at 3:47 PM