Available Now: THE NAME IS HANNIBAL (The Joe Hannibal Collection - Volume I) 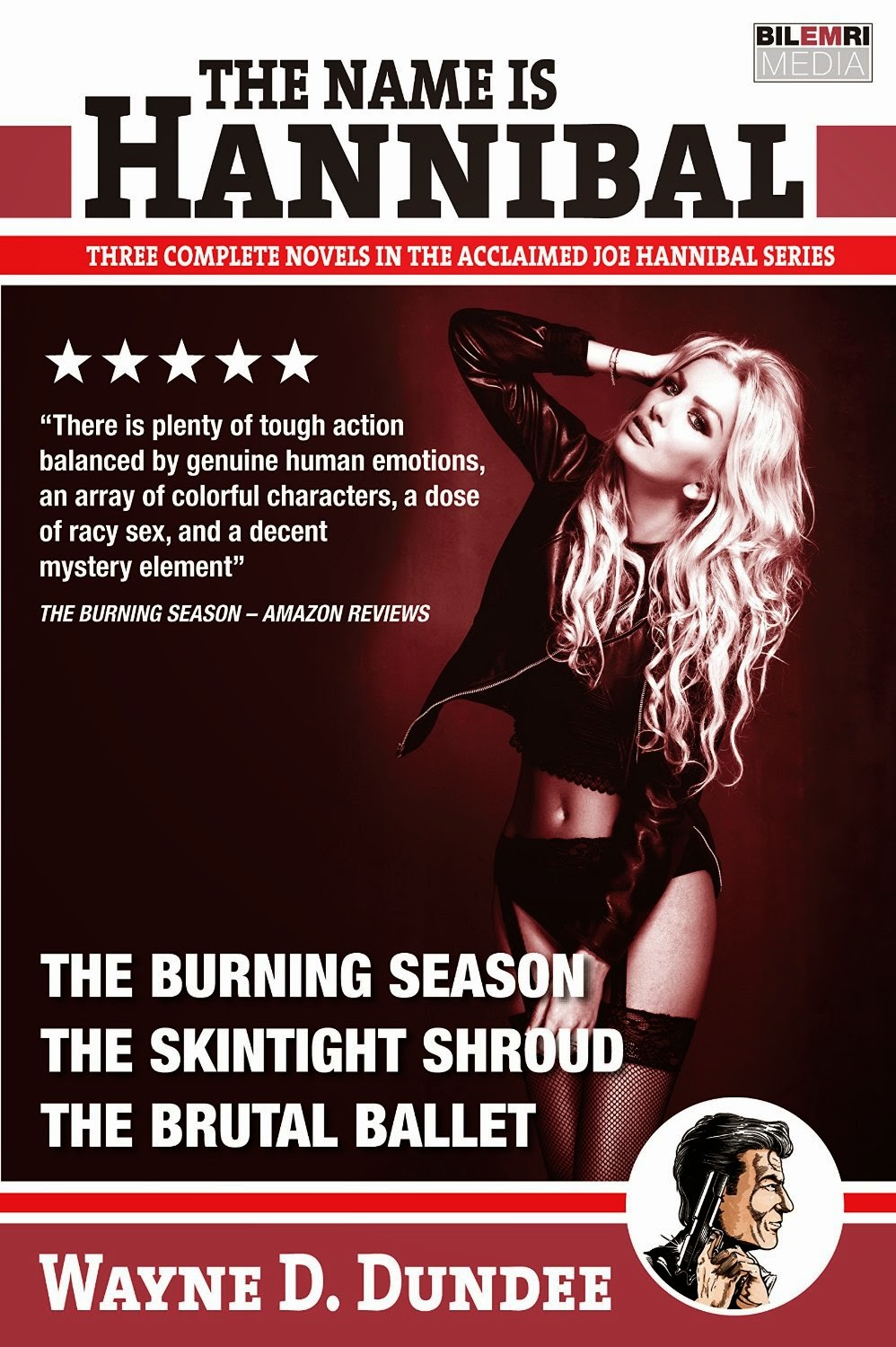 Having recently regained all publishing rights to my Joe Hannibal PI books, I am planning to re-release the existing novels, under my own Bil-Em-Ri banner, as a trio of three-title "boxed set" eBooks, very attractively priced, all with "theme" covers by the very talented David Foster.

While Hannibal has been on the scene for over three decades, making him one of the longest running still-active fictional PIs, that span of time and the on-off/sketchy availability of some of the titles during then has kept him, shall we say, less than a household name. This boxed set offering and the modest pricing (only $1.49 for three full-length novels coming in at a total of over 250,000 words) is geared to attract new readers and maybe re-vitalize the interest of some former ones.

This first volume --- under the over-arcing title THE NAME IS HANNIBAL, featuring the novel-length works The Burning Season, The Skintight Shroud, and The Brutal Ballet --- just went live on Amazon.

For over three decades, Joe Hannibal has stood tall on the fictional PI landscape. The Hannibal books and stories have been translated into several languages and have been nominated for an Edgar, an Anthony, and a total of six Shamus Awards.

Almost from the outset, Hannibal was dubbed "the blue collar PI" due in equal parts to the series' initial smaller-city setting of Rockford, Illinois, and its surrounding rural areas - as well as to the middle class roots and values that his creator brought to the writing. Later, after author and character both moved to the even more rural setting of west central Nebraska, the distinction only deepened.

Hannibal has matured and evolved as a character and the writing has been honed to a finer edge. But the admiration for and love of the PI genre that was always at the core and heart of the series has never changed.


While new Hannibals continue to be written, the original titles, although somewhat sketchily available over the years, remain strong, entertaining works. In order for readers to be able to discover this for themselves, a series of "boxed set" collections is being re-issued.

The next two volumes --- HANNIBAL FOR HIRE and HANNIBAL AT RISK --- will be available soon. To follow through on this kick-off effort, I have currently begun a new Hannibal novel, tentatively called A CHILL WITHIN THE SUNLIGHT, that should be out early next year.

Hope you check out some (or all!) of the foregoing. I think you'll be glad you did.