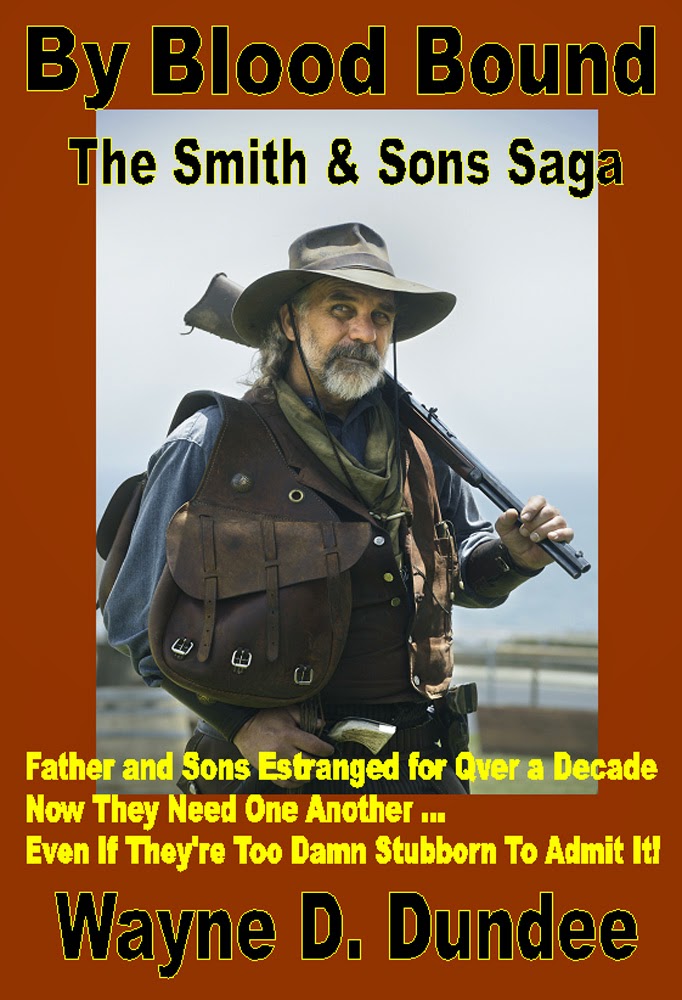 This is a streamlined, slightly revised compilation of the trilogy of stories that appeared earlier this year in the FATHERS anthology from WTB. It comes in at just under 45,000 words and at the bargain price of 99-cents I don't hardly think you can go wrong. I hope you give it a try, I don't think you'll be sorry.
Silas Smith had been estranged from his two sons for over a dozen years. His wife hated him for donning the blue and going off to fight on "the wrong side" in the Civil War. When he returned home after the conflict finally ended, he found that not only had her hatred deepened even more with the fall of the Confederacy but she and her family had very effectively poisoned the minds of his young boys against him, too. Bitter and discouraged, he rode away again, too war weary to try and buck the odds and fight another battle, no matter the stakes …
Now, after more than a decade, Silas is leading a decent life as the sheriff of a small town in western Nebraska, when he receives word through an unlikely source that his sons have grown into young men headed down the wrong path. Lured on by a no-account uncle, their jump to the wrong side of the law seems inevitable … unless Silas is willing and able to intervene in time.
Feeling the stirrings of a blood bond he had suppressed for too long, spurred on by daring to hope he might be able to re-connect with his sons after all these years, Silas accepts the challenge and heads back toward everything he thought he'd left behind. The trail will be hard and the task won't be easy. Blood will be spilled, lives will be lost, fresh wounds will be inflicted … but the chance to heal old ones is what will keep Silas pushing on.

That cover image is near perfect! Just how I pictured ol Silas.