Noteworthy Reads: WAITING FOR A COMET by Richard Prosch 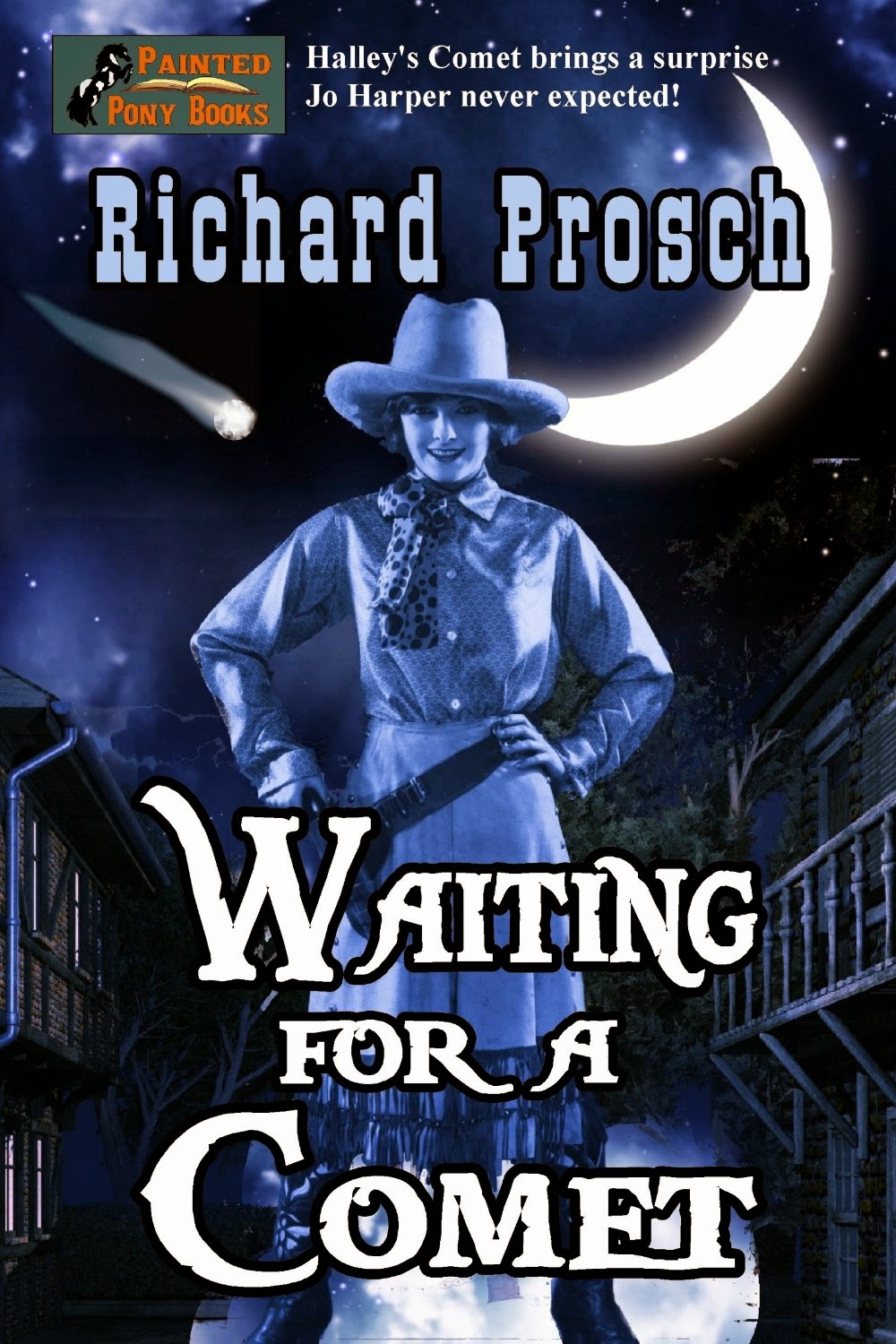 Generally speaking, I don't read a lot of YA titles. But one of my "automatic" reads is anything carrying the Richard Prosch byline. So when Prosch writes a YA novella, there I am flipping the pages (or, to be totally accurate, tabbing the forward arrow button on my Kindle reader) and congratulating myself for expanding my reading zone a bit.
Simply put, WAITING FOR A COMET is a delight. Part Mark Twain, part Rooster Cogburn, a dose of H.G. Wells, and all Prosch. The time is 1910, the setting this time around (instead of Prosch's favorite setting of Nebraska) is the small town of Willowby, Wyoming.
Rambunctious, 12-year-old Jo Harper, daughter of the town's newspaper editor/publisher is left to her own devices during most summer days while her father puts in long hours to get the paper out on time. Jo, often accompanied by her pal Frog, has no trouble finding adventures and mischief to fill her time. But this summer, all of that is being made easier for her. First off, there is the pending arrival of Halley's Comet, destined – according to doomsayers – to come streaking across the sky leaving a vapor trail of cyanide that will kill multitudes of earthlings. But ahead of that, arriving in Willowby unheralded yet still bigger than life and demanding almost as much attention as the comet, is Abigail Drake, a former sharpshooter with Buffalo Bill's Wild West and more recently a pistol-packing, legendary, town-taming marshal.
Abby and Jo hit it off right away and, before the summer is through, the adventure they rustle up together rival even the arrival of the comet.
This is a crackerjack of a yarn, richly detailed, filled with colorful characters, quirky humor, and all told in Prosch's distinct, subtly stylistic style. I, for one, would not mind at all seeing some further adventures of Abby and Jo.
Highly recommended.
Posted by wayne d. dundee at 3:18 AM

I agree, and I envy his talent.