Noteworthy Reads: COMPANY OF HEROES - My Life as an Actor in the John Ford Stock Company by Harry Carey, Jr. 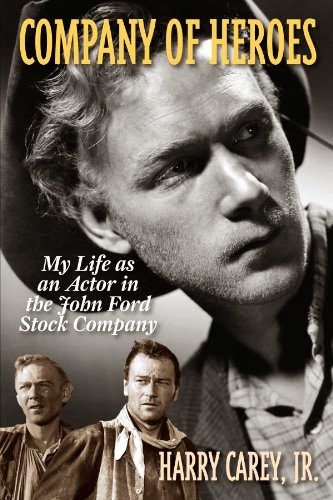 I've wanted to read this book for a long time, ever since first hearing about it. Originally published in 1994, it went out of print some years back and in the interim had been available only at an exorbitant price. Now, thanks to the wisdom of Harry Carey Jr.'s children following his death (I don't mean to say I'm thankful about that part), it has been re-issued in both print and eBook formats.

If you've heard any of Carey's commentary or listened to any of his interviews over the years, you already know what a great storyteller he was. He was 91 when he passed in December of 2012, so he had plenty of time to accumulate those stories about Hollywood and movie-making (particularly Westerns) from the middle/late 1940s on through to the time of his death. At any rate, his verbal storytelling skills transfer well to the printed page. I find no evidence of a ghost writer being involved with COMPANY OF HEROES, so I believe it was done by Carey pretty much on his own. It reads like it, actually, with its stream-of-consciousness flow, done somewhat in sequence to the John Ford movies he was in, but with plenty of hopping around when Harry thinks of a side story attached to this or that personality he has mentioned.

Think of the span of time covered (from 1947, his first appearance in a TV series [actually two episodes of The Legend of William Tell – who remembers that one? I do, and can even sing the over-credits theme song] to his last role in 1997's Last Stand at Saber River) and the tremendous outpouring of films during that period. Besides the Ford films that are the core of this book, Carey worked with stars like Marilyn Monroe, Errol Flynn, Jane Russell, Tyrone Power, Randolph Scott, James Cagney, Henry Fonda, Audie Murphy, Richard Boone, James Arness, Tony Curtis, Richard Widmark, Frank Sinatra, Dean Martin, etc. … not to mention Lassie, Annette Funicello, Cher, Michael J. Fox, and Burt Reynolds … under top notch directors (again, apart from Ford) like Howard Hawks, Sam Peckinpah, and Peter Bagdonovich.
What's more, Carey Jr. was the son of Harry Carey Sr., one of the most popular stars (mainly in Westerns) from the silent film era - and blending nicely into the sound era, primarily in character roles. So, in spite of the Western persona largely associated with Harry, he was really a child of Hollywood.
But his affection for Westerns, horses, wranglers, and movie stunt men (with whom he had far closer and more lasting friendships that he ever did with other actors – except for Ben Johnson [Harry's closest friend throughout his life], who became well known as an actor [even winning an Academy Award] but originally from a ranching and rodeoing background) nevertheless comes across as very sincere. 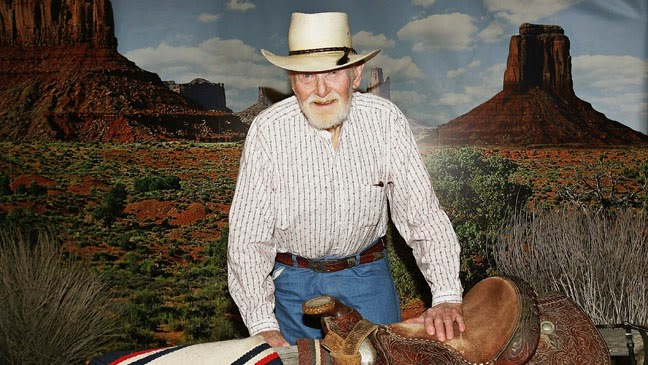 The book is basically a history made up of behind-the-scenes and on-set anecdotes—often amusing, sometimes sad, always straightforward and honest in accordance to how Carey saw things. He doesn't try to analyze anybody, except for his own feelings and reactions. He simply lays out his stories and leaves it to the reader to decide how they feel about what he has related and whoever was involved.

Among the main players, John Ford comes across as a bully and a prick (to those he likes, no less), given to drunken melancholy, and exhibiting petty resentments and cold-shoulder treatment for those he felt had crossed him in some way (including Harry Carey Sr., with whom Ford made many extremely popular silent films, but then would have nothing to do with until just before his [Carey Sr.'s] death). Yet, for all that, Carey Jr. still claims to have loved "Uncle Jack", as he was instructed to always call him, and was willing --- like so many others --- to forgive his personal flaws and abuses due to Ford's iconic body of work. (I, personally, have come to believe that – with the exception of a handful of true masterpieces – Ford's "body of work" is highly overrated and certainly unworthy of balancing out his treatment of those about him … but that is a very controversial outlook and one to be taken up at another time.)
John Wayne comes across as a likable, helpful mentor to Carey Jr. and others in the Ford stock company … but not if it meant bucking "the Coach". The story of Wayne's complete subservience to Ford --- allegedly due to Ford giving him his "big break" in Stagecoach --- has been told many times, and Carey Jr. present nothing new or contrary in this book. As a huge John Wayne fan, I have always disliked and never understood this side of him. I'm all for loyalty and appreciation, but enough is enough and taking it almost to the point of boot-licking is too much, and I'm afraid the impression Duke left with everybody over the years was damn near that.
Ward Bond is the stock company member I probably learned more new things about than anybody. He was a big, gregarious, hard-working, hard-drinking, hard right wing conservative who'd been Wayne's best friend since their college days. Above all, `he was the Coach's (in Ford's own words) "favorite asshole". No matter who else Ford was down on and bullying, if Bond was around he was guaranteed to catch his own share of flack. So much so that, whenever Bond showed up, Wayne would grin his big grin and tell everybody else: "We can all relax now, fellas --- Bond is here to take the heat off." To which Bond would reply (making sure Ford overheard): "Aw, shit. My day just got ruined --- Wayne's here and he's got my starring part." When Bond died, Ford turned to Andy Devine at the funeral service and said: "I guess you know that now you're gonna be my favorite asshole." 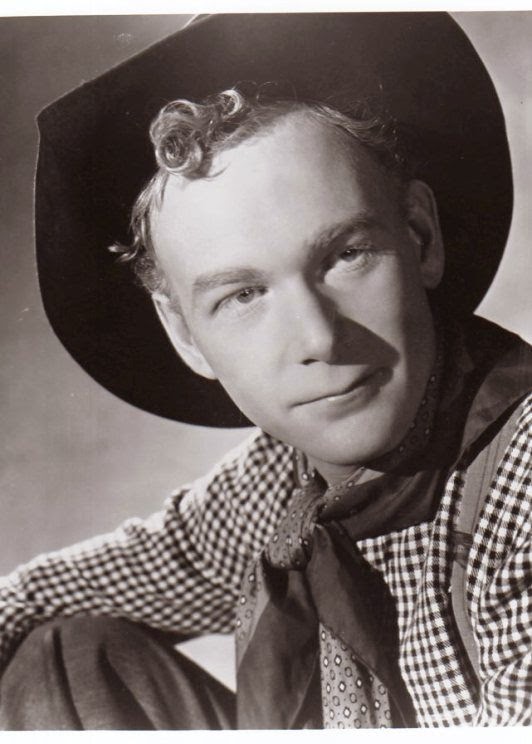 I enjoyed this book. It was worth the wait.
Because I've read fairly extensively about John Wayne, I can't say there was a lot that was new to me. But Carey's style and sense of humor (often self-deprecating) are entertaining and the genuine emotion he convey as he relates the fading away of his old pards, one by one, is sincere and touching.
I don't read a lot of non-fiction, but this is one from that category that I highly recommend.
Posted by wayne d. dundee at 8:43 PM