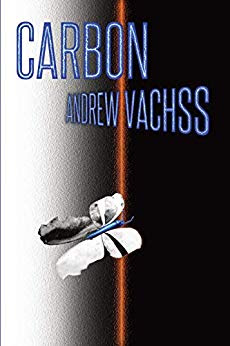 In the beginning, when Andrew Vachss first jarred readers' sensibilities by opening their eyes to the “true horror” of sharks circling in our very own swimming pools—namely, mistreated/abused children and the predatory scum responsible for twisting their innocence and trust into monstrous retaliation—critics accused him of writing “urban fantasy”. At the same time, he also turned the crime fiction genre on its ear by presenting these revelation via his series character Burke, who many initially saw (incorrectly) as a sort of rogue private eye. In truth, Burke was an ex con who had seen first hand the truths surrounding “the children of the secret”. Aided by his “family of choice”—a band of inner city vigilantes working the fringes of (and often beyond) the law—Burke is driven by a never ending quest (much like Vachss's own life's work) to expose/destroy the evil that poisons society's youngest and most vulnerable.

And now, even as his revelations have long since been widely recognized for their truths—and, what's more, have become one of the most commonly used plot devices (with variations) in crime/mystery fiction over recent decades—Vachss has come full circle by writing a genuine urban fantasy with a strikingly memorable new protagonist. In a dystopian future, Carbon is also an ex con and a highly skilled private investigator prior to that. It is his investigative skills that gets his prison sentence cut by the Government, freeing him to track down a twisted killer whose own special skills present a high level threat that goes beyond just murder.

Once again passing back and forth through the Membrane that separates the City from the Sector, operating at levels and utilizing contacts that few even have knowledge of, Carbon works to satisfy the requirements of the contract that gained him his freedom and also to achieve a personal goal that will net him even greater freedom. Before he is through, he must travel into the Pure Zone—where magick and sorcery exist but other tools of the trade that Carbon has counted on in the past, like his gun, are useless. He must rely on his wits, raw strength, and newly acquired powers—as well as a bond forged with an unexpected ally in a formerly abducted/enslaved child—to navigate this strange world (complete with its own disturbingly dark underbelly) before returning to where he started, with the answers he needs for himself and to satisfy his contract.

This is a bold, imaginative work—pushing the basic PI elements forward into a dark future—told in prose as hard as the protagonist's name and as sharp as an obsidian carving blade. Not to be missed. Strongly recommended.
Posted by wayne d. dundee at 3:57 AM

This is an Amazon Prime video error code that appears when there is a connection issue with Amazon's Prime Video service. Fix Amazon Prime Video Error Code 1007 by taking the steps outlined below, as directed by our expert experts, to obtain immediate results. Take a look at the steps as we have given in this article to resolve the error code in the most efficient manner possible. whenever if you don;t get any solution from here, We are supported by world-class and advanced engineering service engineers who work at Amazon Prime Support Number to assist customers in resolving issues from the ground up, you can connect with them via Amazon Klantenservice Bellen. Any problem that emerges in the Amazon prime video is met with a qualified solution.