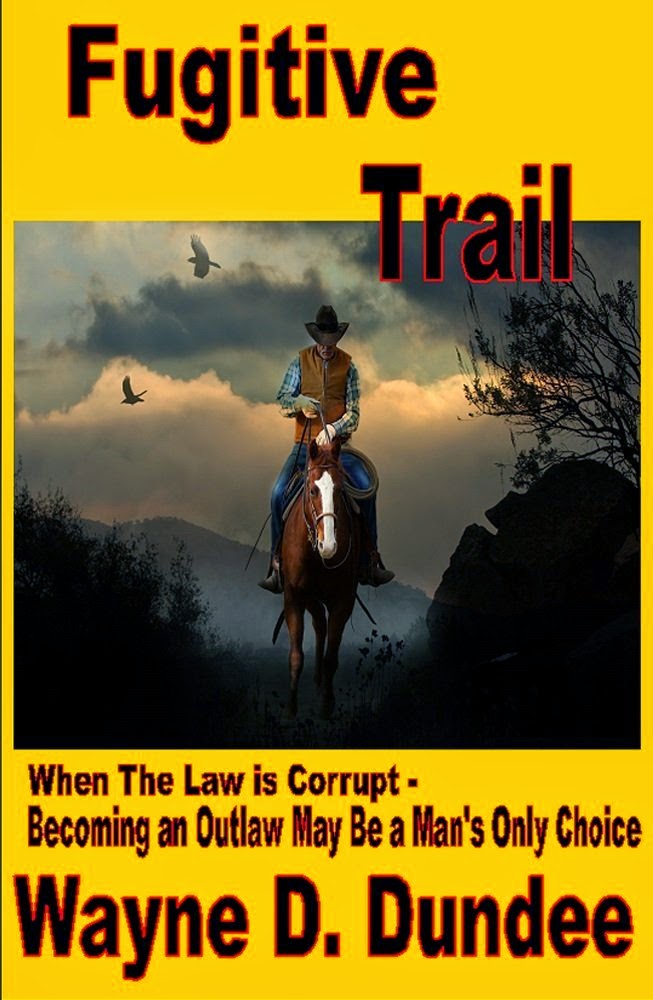 Fresh off the virtual printing presses of Bil-Em-Ri Media, my latest Western just went live on Amazon's Kindle program. A print version will follow in the hopefully not too distant future.

FUGITIVE TRAIL is a stand-alone tale (at least that's the way I see it right now, although it ends in such a way that the main character - one Eli Cole - could go on to further adventures if something comes to mind later on).

Here's the cover blurb that I hope stirs readers' interest:

A hardened, battle weary Civil War vet returns home after the fighting … to an unfaithful wife and a trumped-up murder charge!
The choice between facing a hangman's noose or going on the run as an outlaw isn't a hard one for Eli Cole to make. But when a grieving, vengeful father offers a huge personal bounty—not for Cole's capture, but for proof of his death—the swarm of manhunters and mercenaries this stirs up dramatically increases the odds against staying alive on the fugitive trail.
Complicating matters further for Cole is the group of fellow fugitives he falls in with. Keeping himself alive is tough enough, keeping the others out of harm's way, too, only adds to it. But rage, righteous indignation, and a blazing gun can go a long way toward bucking the odds …