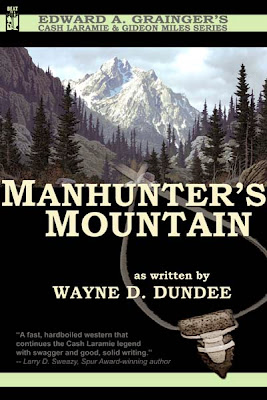 The third, by the way—entitled THE EMPTY BADGE—will be featured in a print collection called TRAILS OF THE WILD just now becoming available.
More on that soon.
Posted by wayne d. dundee at 4:21 PM

Glad to see this happening for David, as well as for Manhunter's Mountain.

Thank you, David, for the chance to take Cash up the mountain and put him through some pretty rough moments. But he's a tough ol' rascal --- I got a hunch he'll be back for more.